In contrast to smooth colonies formed by laboratory strains, wild S. cerevisiae strains isolated from nature form colonies with structured morphology with features similar to natural yeast biofilms. These biofilm colonies exhibit a characteristic internal organization and differentiate during development to form specifically localized subpopulations that develop different defense mechanisms, providing colonies with high environmental resistance. Thus, cell subpopulations with active multidrug resistance transporters as well as those that produce extracellular matrix are formed and specifically localized within the colonies. Wild S. cerevisiae strains are able to “domesticate” when cultivated on rich glucose media, reorganize their colonial life-style and switch off some of their protective mechanisms. Domestication is a reversible process. [5, 6, 7, 8]

The long-term goal is to identify new regulatory mechanisms that contribute to biofilm colony development and cell differentiation with particular emphasis on mechanisms involved in environmental resistance as well as those that regulate yeast strain domestication.

2) Development and differentiation of smooth colonies formed by laboratory and domesticated strains of S. cerevisiae.

One of the characteristic attributes of multicellular organisms is their ability to emit and receive signals over long distances. For this long-range, inter-colony signaling yeast colonies use a simple volatile compound, ammonia, produced by colonies in pulses. Ammonia action results in synchronization of the development in neighboring colonies and in Candida mogii colonies is accompanied by characteristic cell and colony morphology changes. The transition of colonies from acidic phase to the ammonia production phase (alkali phase) is connected with extensive adaptive metabolic reprogramming that is important for longevity of the population. During this transition colonies differentiate into two major cell subpopulations – U cells localized in upper and L cells in lower regions of colonies. U cells are vital stress-resistant cells that activate adaptive metabolism and release high levels of ammonia, whereas L cells are starving, stress sensitive cells that activate different hydrolytic mechanisms, involved in the release of nutrients to feed long-lived U cells. Interestingly, U cells metabolically resemble cells of solid tumors of mammals and seem to be atypically regulated as compared with individual yeast cells grown in liquid cultures. [9, 10, 11, 12, 13, 14, 15, 16]

The long-term goal is to identify new regulatory mechanisms that contribute to ammonia-related cell differentiation and formation of U and L cells. As our recent data showed the important role of mitochondrial signaling in colony differentiation [17], identification of regulators that contribute to mitochondria-driven regulations, specific to individual cell subpopulations is one of the priority aims.

A new research line has been initiated recently that is focused on identification of selected differentiation processes in colonies and biofilms of pathogenic yeast and during interaction with host cells. 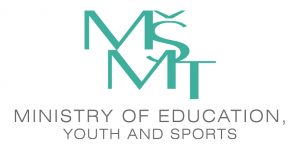 We Are Trusted By World’s Leading Companies